God Created the World and said "LET THERE BE LIGHT(s)"

It's funny because I made lights out of a globe.

I've been anxiously waiting for my globe to arrive in the mail so that I could get this project started. It's going in the purple spare room and will look most excellent once there's other furniture, etc... Regardless, I'd venture to say it looks prettttty good now. Without further ado, here are my globe lamps.

I took my sepia-toned cheapest-I-could-find-on-the-internet globe. 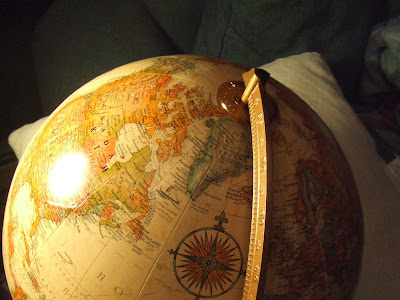 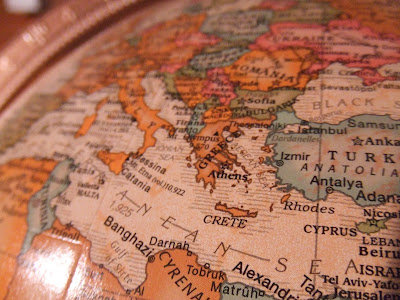 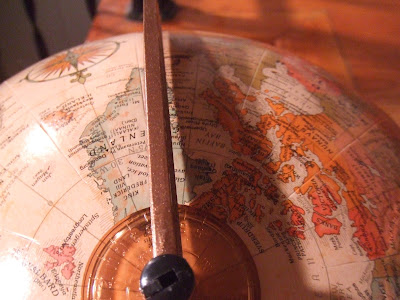 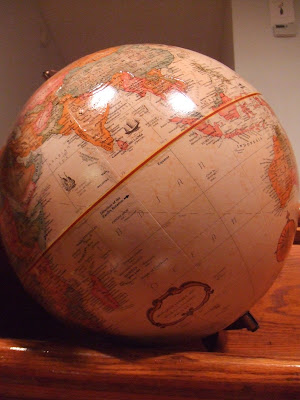 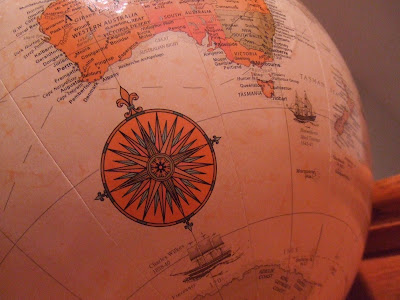 Laboriously cut it in half at the equator. People on the internet who said it was cheaply constructed were lying. After a few 15 minute sessions with the box cutter I got it apart and cut holes in the top. 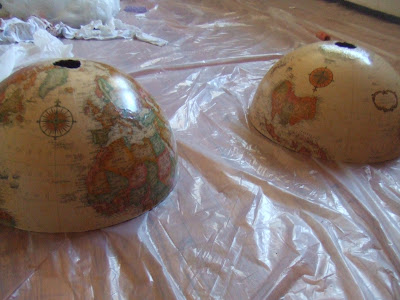 Once I had it apart I decided that I wanted the inside to be gold... instead of cardboard. I thought about using gold leaf (imitation, of course) but after I trip to the craft store I nixed that $30 idea for a $5 one. Metallic 18kt. spray paint. Pros? Easier, faster, cheaper, and I've done it before. 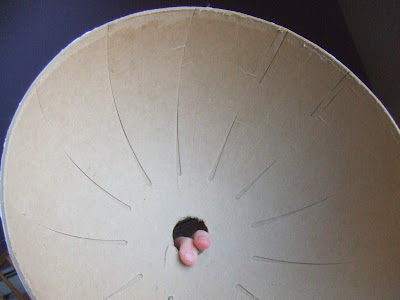 I saran-wrapped and taped the globe up solidly. 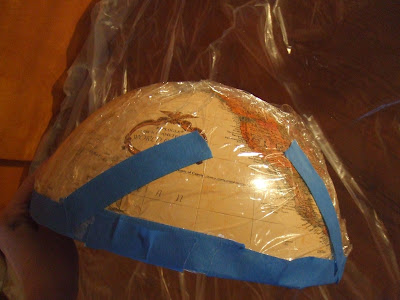 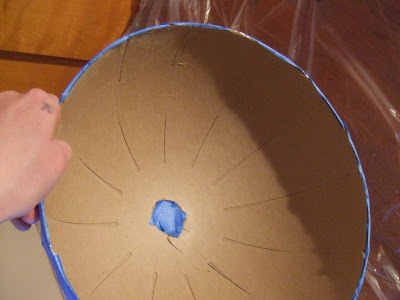 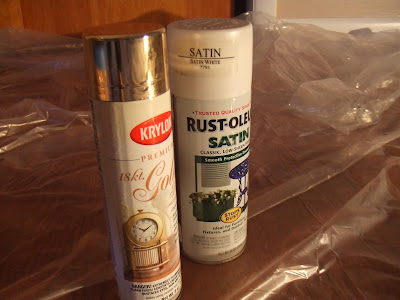 Here's what the inside looks like now! A significant improvement :-) 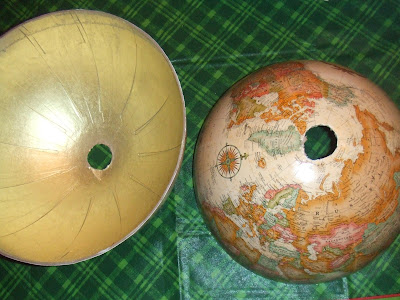 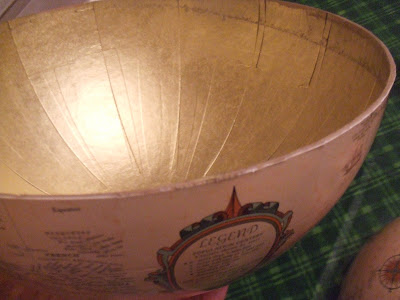 Next step was wiring them up, which was insanely easy. I had two old IKEA hanging paper lanterns that are torn and dirty. I've had them since, like, my freshman year of high school. While the shades aren't in presentable shape, the light fixture itself is completely fine. All I had to do was pull the cord through the hole at the top until the light was nestled snugly.

I wish that I had the hooks and chains that will eventually hang them in place, but I don't. You'll have to settle for some non-permanent home photos instead. 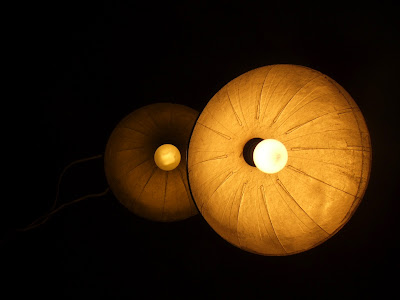 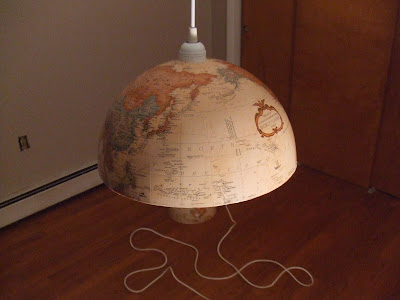 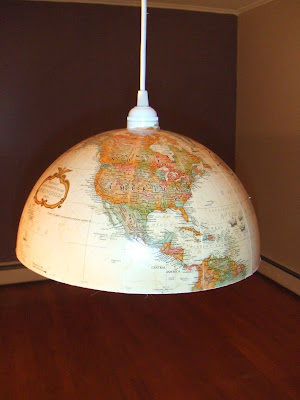 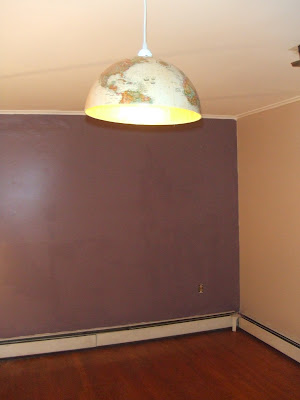 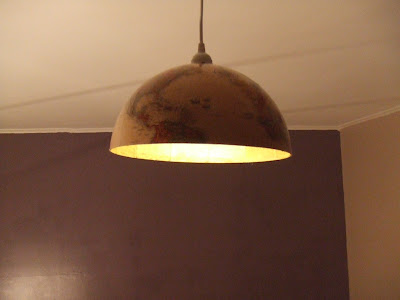 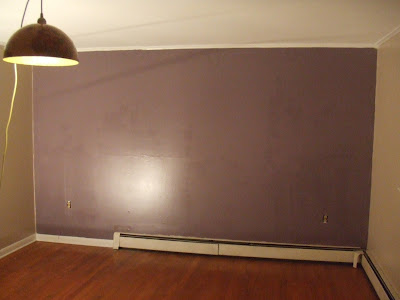 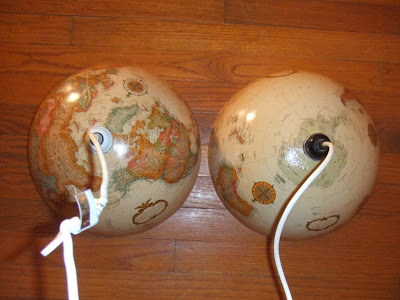 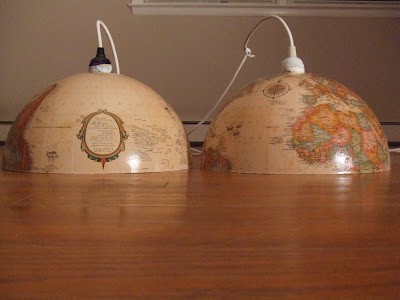